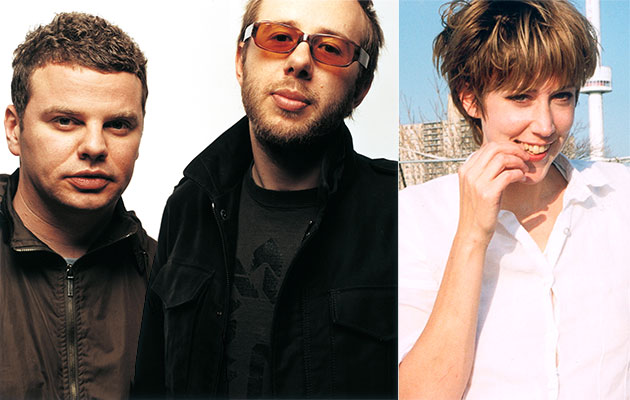 Beth Orton and The Chemical Brothers have released a cover version of Tim Buckley’s “I Never Asked To Be Your Mountain”.

The track was recorded some time in the late ’90s but forgotten about until Orton stumbled across an old CD-R during a house move. Listen to it below:

“I rediscovered this track when it fell out of an unread copy of War and Peace after we’d moved house,” explains Orton. “The disc just said ‘Mountain’. I had no idea what I was listening to exactly… I called Tom to see if he remembered the track as it was clearly something I’d done with them and he was equally vague but at least remembered it happening back in Orinoco Studios in London in the late ’90s. It’s still all a bit hazy but when I put the track on I felt a beautiful rush of nostalgia hearing their beats building.

“We must have recorded ‘I Never Asked to be Your Mountain’ around the same time as I recorded Central Reservation… I know when we recorded it, I really wanted us to do the original song justice and was afraid to take on such a momentous task with something that was already so extraordinary and complete; especially considering the pure alchemy of a voice like Tim Buckley’s. With hindsight, there’s room for us to view the track as a homage to his memory and brilliance and there is a value in that.”

“I Never Asked To Be Your Mountain” is released via Orton’s new label Lost Leaves, on which she plans to issue more of her unearthed recordings from the last 25 years.

Beth Orton plays a number of dates this summer, full itinerary below: