Guitarist says band will definitely do something in the future though 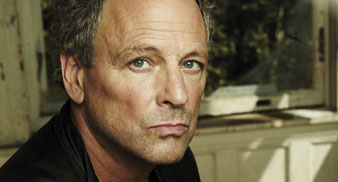 Lindsey Buckingham has played down the chances of Fleetwood Mac reuniting in 2012.

The guitarist, who is currently promoting his new solo album ‘Seeds We Sow’, had previously said that the band would most likely reunite next year for an album and tour, but has now said that this isn’t especially likely.

Asked by Ultimate Classic Rock about the chances of a 2012 Fleetwood Mac tour, Buckingham replied: “I would like to know what I’m doing next year. If you had asked me two months ago, I would have said ‘Absolutely.’ Now I’m not sure.”

The guitarist did confirm that the band would reunite in the future, but stressed that there were no concrete plans to record or tour as yet.

He added: “Yes, Fleetwood Mac will do something in the future. There’s just nothing on the books right now. This is a time for me to take stock all of the things I’ve done in my life, all the people I’ve been down the road with, and all the things I’ve experienced and just appreciate them. When you revisit them, you want all of these things to be in a place where they have dignity.”