Leonard Cohen played two shows at London's Wembley Arena over this last weekend [September 8 and 9]. On Saturday, the singer songwriter played an epic set of over three hours, taking to the stage just before 8pm (BST) and finishing up around 11.30pm, with a short interval in the middle of the show. 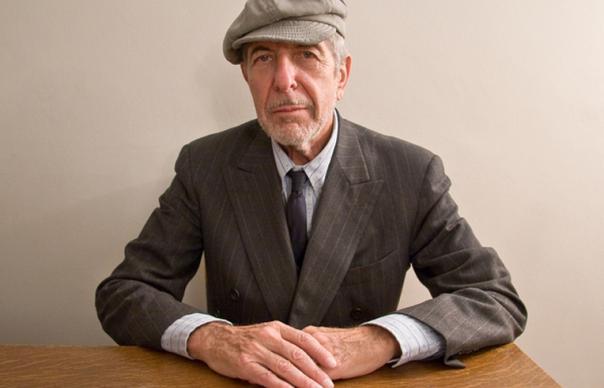 On Saturday, the singer songwriter played an epic set of over three hours, taking to the stage just before 8pm (BST) and finishing up around 11.30pm, with a short interval in the middle of the show.

The 77 year old played a host of classic tracks, as well as material from his latest album, Old Ideas – which was released at the start of this year – including the tracks “Darkness”, “Going Home” and “Amen”. Cohen cut a lively figure during the gig, performing many songs on bended knee and skipping on and off the stage when he returned for two encores and for the intermission.

Cohen apologised to his fans for the late venue change for the weekend’s shows, which were initially supposed to take place at Hop Farm in Kent, site of the annual Hop Farm Festival. After the evening’s opening song, “Dance Me To The End Of Love”, he said sorry for any inconvenience caused and added: “I want you to know I learned about it [the venue switch] the same time you did. There are unseen hands that manipulate the marketplace. Hands that I never get to see…or crush.”

Accompanied by backing vocalists The Webb Sisters and Sharon Robinson as well as a global band, Cohen’s 30 song set saw him perform his 1984 track “Hallelujah”, as well as “So Long Marianne”, which started a mass singalong from the crowd that led to Cohen telling the audience: “you sing so sweet”.

From his 1967 debut album Songs of Leonard Cohen he also played “Suzanne” and “Sisters Of Mercy” and from his 1969 album Songs From A Room he performed “The Partisan” and “Bird On The Wire”. He received a number of standing ovations throughout the set.

‘Dance Me To The End Of Love’
‘The Future’
‘Bird On The Wire’
‘Everybody Knows’
‘Who by Fire’
‘Darkness’
‘Sisters of Mercy’
‘Amen’
‘Come Healing’
‘In My Secret Life’
‘I Can’t Forget’
‘Going Home’
‘Waiting For The Miracle To Come’
‘Anthem’
‘Tower of Song’
‘Suzanne’
‘Night Comes On’
‘Heart With No Companion’
‘The Gypsy’s Wife’
‘The Partisan’
‘Democracy’
‘Coming Back to You’
‘Alexandra Leaving’
‘I’m Your Man’
‘Hallelujah’
‘Take This Waltz’
‘So Long, Marianne’
‘First We Take Manhattan’
‘Famous Blue Raincoat’
‘Save The Last Dance For Me’