Richie Havens is playing his most extensive tour in years 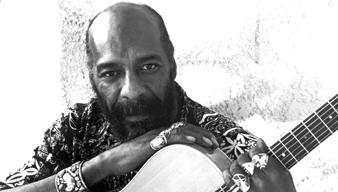 Richie Havens, the legendary American roots singer-songwriter, returns to the UK next month for his most extensive tour in years.

Havens famously opened the Woodstock Festival in ’69 – playing an extended a two and a half hour set because of technical difficulties on the day that prevented other acts from performing. He played “every song I ever knew!” as well closing his set with the improvised song “Freedom”, which became the festival’s anthem.

In recent years has collaborated with dance act Groove Armada, appearing with them at the Glastonbury Festival and on Jools Holland’s “Later” programme.

You can be awe-struck by a songwriting genius at the following venues early next month: