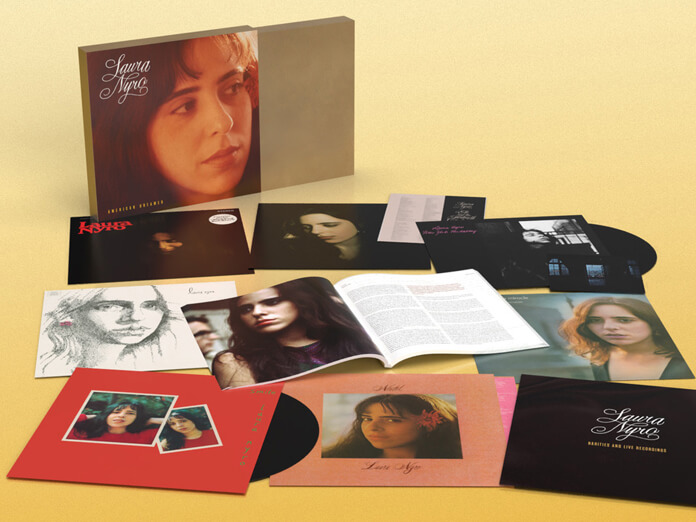 On July 30, Madfish Music will release American Dreamer – an 8xLP Laura Nyro boxset featuring remastered versions of her first seven albums plus an LP of rare demos and live recordings.

“This is music so far ahead of its time that it still sounds so unbelievable,” says Elton John. “The soul, the passion, just the out-and-out audacity of the way her rhythmic and melodic changes came, was like nothing I’d heard before. She influenced more songwriters that came out – successful songwriters – than probably anyone who came before her.”