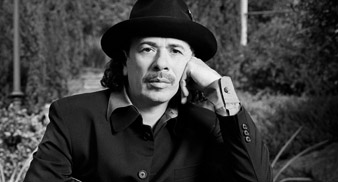 A group of Latin jazz musicians are planning to sue the producers of the Grammys over their decision to cut the number of award categories.

The award ceremony’s producers announced earlier this year that they were planning to cut the number of awards on offer from 109 to 78, with awards from Zydeco and Native American music among those shelved.

They have also cut the number of Latin music awards from eight to four, which has angered a collective of latin jazz musicians, who are now suing US National Academy of Recording Arts and Sciences.

Among the musicians named in the suit are pianist Mark Levine and percussionist Bobby Sanabria, who are both calling for the reinstatement of the Latin Jazz award category. Their attorney Roger Maladonado told the Associated Press: “The academy shouldn’t have done this. Our concern is by lumping several categories together, it makes it much easier for larger record labels and those artists who have already gained recognition to dominate. Even being nominated for the award has enormous value for these musicians.”

A number of high profile musicians have crticised the producers’ decision to reduce the number of awards, Carlos Santana has described it as “irresponsible”, while Paul Simon said it was “a disservice to many talented musicians.”

The US National Academy of Recording Arts and Sciences has dismissed the lawsuit, calling it “frivolous” and have said they “fully expect to prevail.”