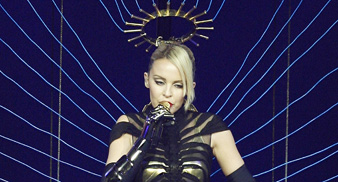 The ocean-themed flagship resort will see a three day party, headlined by Kylie on the first night, with DJ support from Samantha Ronson.

Other performers at the launch will include Arab singer Nawal Al Zoghbi and Bollywood star Priyanka Chopra will unveil the world’s largest fireworks display – reported to include over 100, 000 “pyrotechnic devices.”