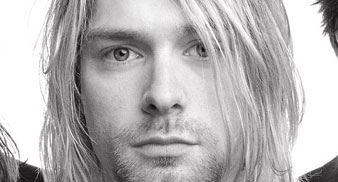 Kurt Cobain could soon be immortalised in an authorised film about his life.

The former Nirvana frontman’s widow Courtney Love has bought the rights to adapt Charles Cross’ biography of the musician.

Courtney Love is reportedly in talks with several studios to bring Heavier Than Heaven to the big screen.

Love has confirmed that the film project is “in an embryonic stage.” She has posted the following message on a fansite, MoonwashedRose.com, that the film “has no script and no director attached, let alone stars.”

But she added that “it will of course be (an) A list and high end film.”

If the production gets off the ground, it will be the first official film about Cobain’s life, his genre-defining band Nirvana, and his relationship with Love.

“Last Days”, the 2005 film by Gus Van Sant is widely thought to have been an unauthorised biopic about Cobain.