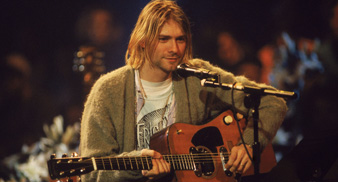 German artist Natascha Stellmach claims to have acquired the ashes of late Nirvana singer Kurt Cobain and intends to smoke them as the finale of her new five part exhibition called “Set Me Free.”

“This final act”, Stellmach told Artworld magazine, “will release Cobain from the media circus and into the ether.”

Asked how she she came by having the ashes, she said “That’s confidential and kind of magic. They came to me. And I am setting him free.”

The final act of her ‘work’ entitled “Gone”, will see Stellmach smoke a joint containing what she says are Cobain’s ashes, currently being kept in an engraved antique case. According to Artworld, Stellmach will smoke it at a secret Berlin location and “represents both the completion of the conceptual project and the final act in an exhibition bound to provoke wide public debate.”

Set Me Free runs until until October 11 at Gallerie Wagner + Partner in Berlin.

You can read the full article at artworldmagazine.com here.