Keith Richards has confirmed that The Rolling Stones are rehearsing together once again. The band celebrate the 50th anniversary of their first ever gig today (July 12) and Richards has said that they are now back playing together again after a lengthy break, but could not say when they would be out playing live again. 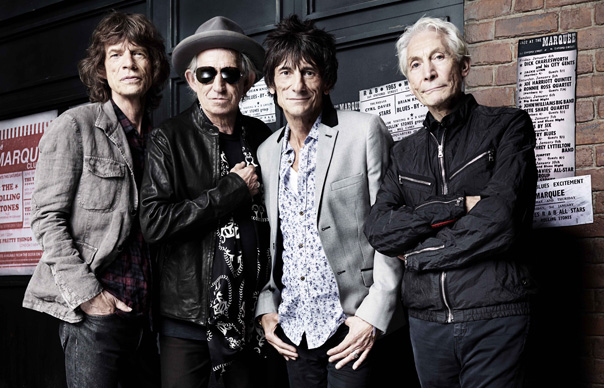 Keith Richards has confirmed that The Rolling Stones are rehearsing together once again.

The band celebrate the 50th anniversary of their first ever gig today (July 12) and Richards has said that they are now back playing together again after a lengthy break, but could not say when they would be out playing live again.

Speaking to BBC News, Richards said of the band’s current status: “There’s things in the works – I think it’s definitely happening. But when? I can’t say yet. We’re playing around with the idea and had a couple of rehearsals – we’ve got together and it feels so good.”

Richards also spoke about his amazement that the group had lasted so long, responding to a question about whether he thought The Rolling Stones would ever achieve such longevity, he said: “Never, back then groups used to last about two or three years. You hoped to have a good time and that was that.”

He continued: “It’s a generation thing, that post-war thing, also technology, when we started we were making 45s and then when you could make albums, that gave us the chance to do more. I never expected to get here, so it’s all gravy.”

Richards also spoke about his legendary capacity for excess and said that his only real regrets were “taking certain things” and the death of guitarist Brian Jones.

Asked about this, Richards said: “I wouldn’t have taken certain things if I’d known what I’d have to do to get off of it. I can’t think of any other real regrets. I regret Brian dying, I remember thinking ‘Brian, how dare you leave the band’ because we were all very close. I can’t regret something, I’d go through the hard times again just to keep things as they are.”

Finally asked how he would describe The Rolling Stones’ career, 50 years after their first gig at London’s Marquee Club, Richards said: “Fascinating and raunchy. Let’s keep it that way.”

The free exhibition will be held from July 13-August 27 in the landmark venue’s East Wing Galleries and will coincide with the release of a book of the same time. The book will feature 700 shots and words from the band on their history, and will hit UK bookshops today.

The exhibition will show a host of unseen and rare photographs, including more than 70 prints, with live shots, studio images and reportage pictures on display as well as contact sheets and negative strips.