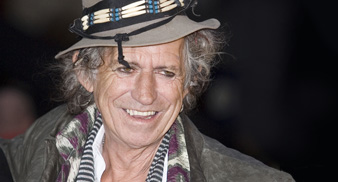 Keith Richards has said that “everybody’s welcome” to The Rolling Stones‘ forthcoming rehearsal session, including band members who have long since moved on.

The guitarist revealed earlier this month that the band are planning to rehearse in a London studio soon and has said that all former members of the band, including the long departed Bill Wyman and Mick Taylor, were welcome at the practice session.

He told Spinner about the planned practice: “Everybody’s welcome. I don’t see why everybody who was a Stone shouldn’t be involved. I was going to ask Bill Wyman to come by. And Mick Taylor. The whole lot. They’re all Stones, you know? Why not?”.

Richards also said that he had made it his mission to get the band to perform live together to celebrate their 50th anniversary as a band and said he believes it was possible if “everyone wants to get together”.

Asked about the chances of a 50th anniversary tour, he said: “I want to pull it off. That, at the moment, is my task. I usually find that logistical nightmares can always be overcome if everyone wants to get together”.

The guitarist also downplayed the significance of the rehearsal, saying: “The idea is to go in December. I said, “Jesus Christ, we haven’t played together for a couple of years. We better get our chops together.” So it basically is just like that, it’s just a jam. I know nothing except we’re just going to play.”