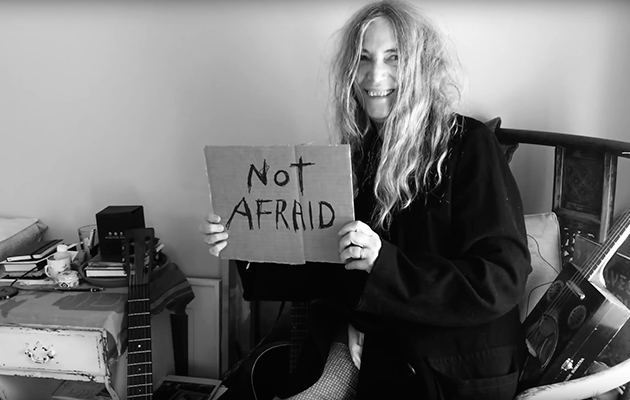 Over 175 artists total are shown holding signs that have variations on “Not Afraid”.

“The idea for We Are Not Afraid resulted from the increasing senseless violence experienced by citizens of this world and a desire to try and make a difference by bringing awareness to the issues and the organizations dedicated to helping the victims,” campaign creator Steve Weitzman writes in the clip.

All proceeds generated from the “We Are Not Afraid” campaign will benefit the Human Rights Watch (HRW) and International Rescue Committee (IRC).