Keith Moon’s drumkit to be auctioned

One of Keith Moon's earliest drum kits is due to be auctioned.... 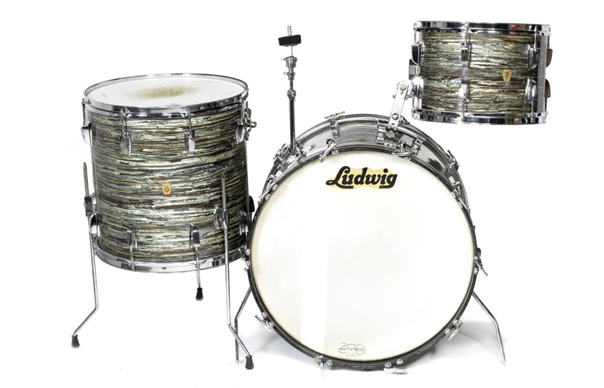 One of Keith Moon’s earliest drum kits is due to be auctioned….

Keith Moon‘s 1964 Ludwig Super Classic is part of a memorabilia sale to be held at Bonhams Knightsbridge on December 10.

Moon first used the kit in 1964 while in the High Numbers. The last known date of use was May 23, 1965, for The Who’s recorded appearance on ABC TV’s show, Thank Your Lucky Stars.

A number of items including clothing, records, tapes, and test pressings belonging to Ginger Baker will also be auctioned, among them the prop aircraft model used on the cover of the 1969 album Blind Faith, which is estimated at £6,000 – 8,000. The wooden aircraft finished in high gloss silver lacquer was designed and made specifically for the Blind Faith album shoot, and has been kept by the Baker family since.