'The Night Sky' available a week early through War Child 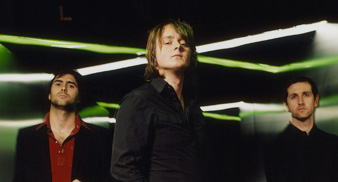 Keane have released an exclusive download version of their forthcoming single ‘The Night Sky’ for the War Child charity this week.

Raising money for the UN Award winning charity, the single is avaliable exclusively as a download at www.warchildmusic.com prior to it’s official release next Monday (October 29).

The lyrics for the track ‘The Night Sky’, are written from a child’s perspective about the war-torn devastation around them.

Keane became patrons of War Child last year, as singer Tim Chaplain explains: “We are very proud to be patrons of War Child. One child dies every three minutes because of armed conflict, and all of us can do something about it. War Child do something quite extraordinary and unique in helping to make the lives of future generations better, we hope everyone wants be a part of that.”

Limited 7” (with free print)
A. The Night Sky
B. Under Pressure