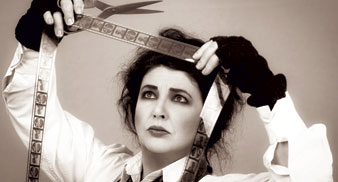 Kate Bush has debuted the video for her new single ‘Wild Man’, scroll down to the bottom of the page and click to watch it.

The track, which was played for the first time earlier today on BBC Radio 2, is the first single to be released from the singer’s new album ’50 Words For Snow’ and will be available as a download from tomorrow (October 11).

’50 Words For Snow’ will be released on November 21 and is Bush’s 10th studio album, following her ‘Director’s Cut’ LP from May which re-worked versions of tracks from her 1989 record ‘The Sensual World’ and 1993’s ‘The Red Shoes’. It will also be her first album of entirely new material since the release of ‘Aerial’ in 2005.

It was recently revealed that comedian Stephen Fry and Elton John would feature on the LP, which is made up of just seven tracks but is 65 minutes in length, with each song set against the background of constant falling snow.