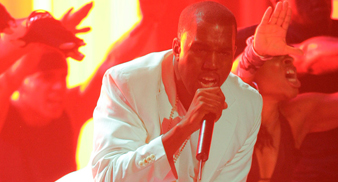 Kanye West has announced a handful of UK gigs, set to take place as part of his “Glow In The Dark” worldwide tour.

The hip-hop star will perform at five arenas around the UK, including London‘s O2 Arena and Glasgow‘s SECC, in November.

Since kicking off in Seattle in April, the “Glow In The Dark” tour has been famed for its spectacular stage sets, featuring a robot designed by Christian Colon, creatures from the Jim Henson Workshop and the pyramid used by Daft Punk on their 2007 tour.

Although support for the UK dates have not yet been announced, the tour has previously seen high-profile artists join West on the road, including Gnarls Barkley and Rihanna.

Kanye West will perform at: