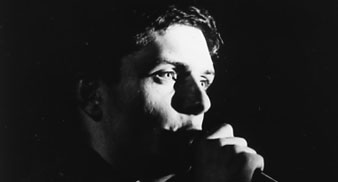 They say “Control” is an overwhelmingly positive thing, despite the dark subject matter of the film.

Speaking to The Sun, bassist Peter Hook said: “I’m glad “Control” shows how important Ian‘s role was in the band. He was the driving force who held it together when we were upset or down. He’d always inspire us to keep trying.”

The group also expressed their regrets at not addressing the late frontman’s problems with epilepsy and depression.

Drummer Stephen Morris said: “Looking back, I wish I’d helped him more. I think that all the time… But we were having such a good time, and you’re very selfish when you’re young. Epilepsy wasn’t understood then. People would just say, ‘He’s a bit of a loony – he has fits.'”

“Control” is out on October 5 – the film made its US debut in New York this week watched by a host of stars.