John Martyn To Take Grace And Danger On Tour 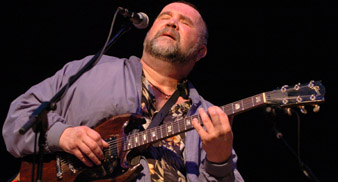 John Martyn has announced that he will be revisiting another classic album live on the road this year, after a hugely successful Solid Air tour last year.

Martyn will be performing his 1980 album Grace and Danger in it’s entirety as well as showcasing new material at the shows which begin in Brighton on November 7.

A live DVD and CD set of John Martyn’s show last year ‘Live at the Roundhouse’ is available here.

Catch the Scottish songwriter at the following venues: