John Lydon has hit out at a number of targets including Band Aid and Simon Cowell. Speaking to an audience of around 300 at Oxford University's Sheldonian Theatre on Monday evening to promote his new autobiography Anger Is An Energy, Lydon spoke out about Cowell's treatment of X Factor contestants. 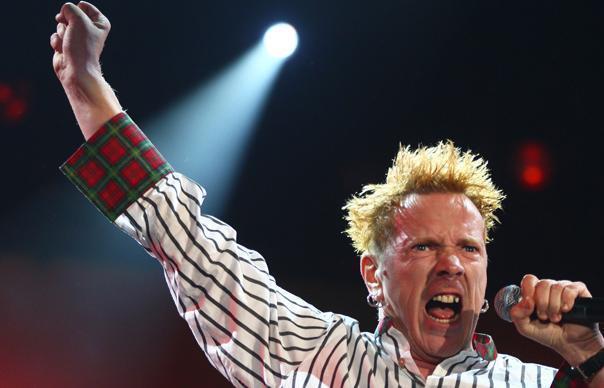 John Lydon has hit out at a number of targets including Band Aid and Simon Cowell.

Speaking to an audience of around 300 at Oxford University’s Sheldonian Theatre on Monday evening to promote his new autobiography Anger Is An Energy, Lydon spoke out about Cowell’s treatment of X Factor contestants.

“Simon Cowell, that’s our worst enemy… I don’t think [the contestants] on the show are that awful, it becomes awful when they become trained into that cruise ship show band mentality, and that’s the poison of it…” he began. “[Simon Cowell] has got us all on his big cruise ship lollipop, and I ain’t licking his lollipop.”

He continued: “It’s really bad, all of them shows. How seriously the judges take themselves, and the way they judge! People, just being innocent. The brutality and the cruelty of it; that ain’t the world I live in.”

Lydon then went on to criticise Band Aid, saying that the charity initiative was “full of corruption” and that the money was eaten up by administration costs. “I never found Band-Aids work, they think they’re waterproof, get full of water and then fall off – and it’s the same with Geldof’s lot,” Lydon said. “I don’t like them because they’re open to corruption. There’s this thing called administration and that’s where all the money is eaten up. Do you remember the one with Phil Collins and they were jetting around, doing New York, London? How much fucking money? How many cans of Campbell’s do you think that one cost? And who really needs Phil Collins in two continents in two hours? Even his missus would have a no on that.”

The appearance was Lydon’s last in promotion of the book. The message of the autobiography, he told the audience, is that “self pity is for arseholes.”

The singer has recently also spoken out about a number of other subjects including Russell Brand, The Clash and Ukip. Ukip was labeled a “black hole for the ignorant to fall into” while Brand was called “arsehole number one”.