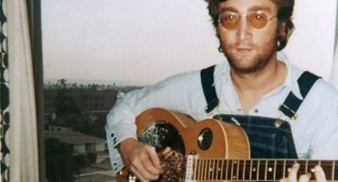 The three-day event, which features a mixture of music and poetry, takes place in the village of Durness, in an area where Lennon used to go on holiday as a child.

German Beatles tribute act Lucy In The Sky are also set to perform at the event, which has a capacity of only 1,100 people.