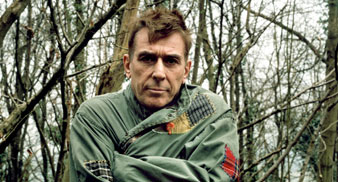 A special collector’s edition triple vinyl edition of John Cale’s new album “Circus Live” is to be produced for its release next month.

The new live album is culled from several Cale concerts, recorded throughout Europe on his 2004 and 2006 tours.

Songs expected to be on the album include “Venus In Furs” and “Femme Fatale” from his Velvet Underground era as well as some classic solo material.

Dave McKean – of Sandman graphic novels fame – has designed the gatefold sleeve, and the album also contains an exclusive poster and a bonus 7” of last July’s CD single “Jumbo In Tha Modernworld.”

“Circus Live” will also be available as a CD/DVD package – which includes a 45 minute film of Cale’s band rehearsals in Los Angeles, where they perform 10 live electric and acoustic songs.


“Circus Live” is released through EMI on February 19.