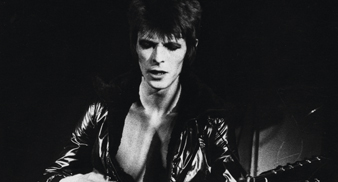 Joe Meek‘s personal master tapes featuring artists including David Bowie and Tom Jones in their early years are up for auction next week.

Bowie is featured on the tapes not as a solo artist, but as the singer and saxophonist in his band The Konrads.

The recordings are to be auctioned at London‘s Idea Generation Gallery on September 4, and estimated to reach £300,000.

Most famous for his 1962 hit “Telstar” – reportedly one of Margaret Thatcher‘s favourite song – Meek murdered his landlady and committed suicide in 1967.