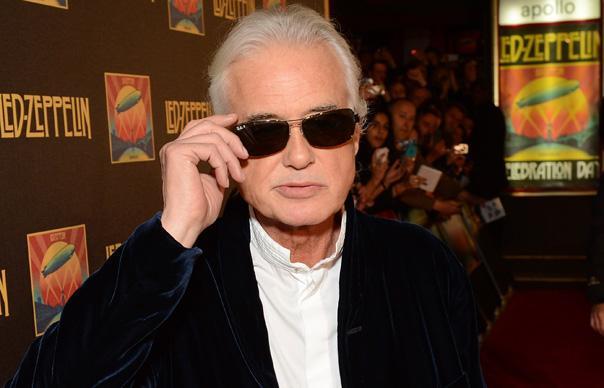 Jimmy Page will be honoured with a special one-off award, the Rock’N’Roll Soul Award, at the NME Awards 2015 with Austin, Texas.

Page will be at the ceremony, which takes place at London’s O2 Academy Brixton on Wednesday (February 18), to collect the award in person. Tickets are available here.

The Rock’N’Roll Soul Award recognises the unique genius of Jimmy Page and celebrates one of rock’s most important and influential guitar players, writers and producers. Truly in a field of his own, Jimmy Page has given so much to the world of rock’n’roll, with his influence continuing to reverberate amongst today’s artists.

NME editor Mike Williams says: “This special, one-off award has been created to reflect one of the most important and iconic figures to have ever picked up an instrument. There is nobody in popular culture quite like Jimmy Page, and we are honoured to be giving him the Rock’N’Roll Soul Award at this year’s ceremony.”

In addition to the announcement that Jimmy Page will receive the Rock’N’Roll Soul Award, it was also recently confirmed that Suede are to be the recipients of this year’s Godlike Genius Award.

Suede will perform live on the night, as well as Charli XCX, Run The Jewels, The Vaccines and Royal Blood.

The line-up for the NME Awards Tour 2015 with Austin, Texas has already been confirmed. Palma Violets, Fat White Family, The Amazing Snakeheads and Slaves will tour the UK, kicking off on February 19 and tickets are available here.

Meanwhile, Page has announced details of a Sound Tracks box set containing expanded scores for Lucifer Rising and Death Wish II. You can hear music from the box set here. The box set will be released on March 6.