Jimmy Page says Led Zeppelin reunion is not possible, but plans to start own, career-spanning band

Led Zeppelin guitarist Jimmy Page ruled out any chance of the band playing together ever again yesterday (September 30). 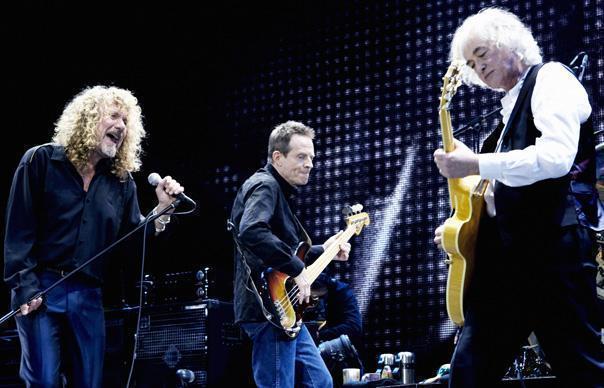 Led Zeppelin guitarist Jimmy Page ruled out any chance of the band playing together ever again yesterday (September 30).

The legendary axeman was hosting a playback of his remastered versions of ‘Led Zeppelin IV’ and ‘Houses Of The Holy’ at Olympic Studios in London when he confirmed the news.

Asked directly by NME if remastering the albums made him want to reform the band again, he said: “I don’t think it looks as though that’s a possibility or on the cards, so there’s not much more I can say about that. I’m not going to give a detail-by-detail account of what one person says or another person says. All I can say is it doesn’t look likely, does it?”

When pressed on whether this was down to frontman Robert Plant, Page added: “I’ve just said it doesn’t look very likely.”

His comments come after Plant recently said that he felt “disappointed and baffled” after Page dropped repeated hints about wanting to play with the band again. The guitarist also said that he was “fed up” with his bandmate for delaying his plans. Led Zeppelin last played together in 2007 for a one-off tribute to Atlantic Records’ Ahmet Ertegun at London’s O2 Arena.

But Page did today confirm that he is likely to form his own band and play live material right across his whole career, including his Zeppelin work, in the near future.

“If I was to play again it would be with musicians that would be… some of the names might be new to you,” said Page. “I haven’t put them together yet but I’m going to do that next year. If I went out to play, I would play material that spanned everything from my recording career right back to my very, very early days with The Yardbirds. There would certainly be some new material in there as well.”

Page added: “I love playing live, I really do. Live concerts are always an interesting challenge because it means you can always change things as you’re playing every night. You can make it even more of an adventure. I would play all of the things I’m known to play – instrumental versions of ‘Dazed And Confused’ etcetera, etcetera…”

The playback saw a selection of remastered tracks from the latest reissues aired in a theatre against a backdrop of old tour posters and photos of Led Zeppelin.

It followed a reissue campaign earlier this year of the band’s first three albums. Various formats of ‘Led Zeppelin IV’ and ‘Houses Of The Holy’ will be released on October 27.