Jimmy Page has responded to recent plagiarism claims. Lawyers representing the group Spirit claim the intro to Led Zeppelin's 1971's "Stairway To Heaven" resembles their 1968 track "Taurus". Along with the rest of Led Zeppelin, Page originally declined to comment on the allegations. 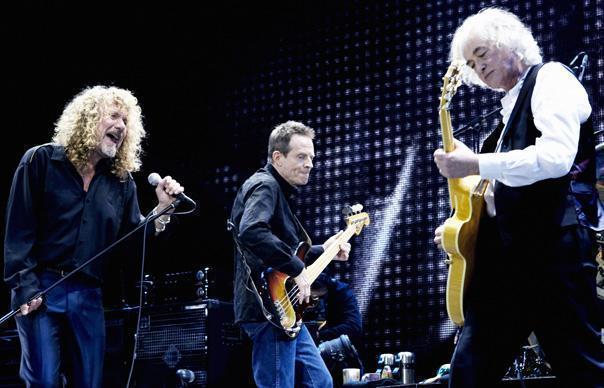 Along with the rest of Led Zeppelin, Page originally declined to comment on the allegations.

Now, as Page conducts a publicity tour for the June 3 re-release of Led Zeppelin’s first three albums, France’s Liberation newspaper has put the question to him directly.

“The group Spirit accuses you of having copied one of their songs for Stairway to Heaven,” journalist Guillaume Tion said in the interview, which was published in French.

Page replied: “That’s ridiculous. I have no further comment on the subject.”

A lawyer for the trust of Spirit’s late guitarist Randy Alexander has said that he is preparing a copyright infringement lawsuit, which he has yet to file.

In an earlier interview with the New York Times, Page was asked about Led Zeppelin’s use of material from blues musicians who got belated credit. He said the distinctive guitar part from one of those songs, Whole Lotta Love, was purely his. “I had a riff, which is a unique riff, O.K.,” he said.

When asked in the Liberation interview what the hardest song was for Led Zeppelin to put together in the studio, Page said it was “Stairway” because of its accelerating tempo. “But it wasn’t insurmountable for the brilliant musicians that we are,” he added, laughing.