First new material from the renuited band is available now 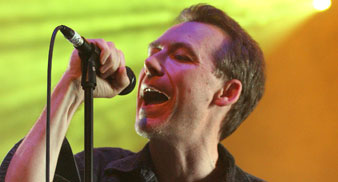 The first brand new track from the reformed Jesus & Mary Chain in a decade has been released, featuring on the new Heroes TV show soundtrack.

Entitled “All Things Must Pass” the song is the first new material to be released by the band since the release of Munki in 1998.

Heroes Original Soundtrack also features a brand new track from Wilco called “Glad It’s Over” as well as a host of previously unreleased tracks from My Morning Jacket, Death Cab For Cutie and Imogen Heap.

The Heroes Original Soundtrack is available now via iTunes, with a physical release date set for April 28.

The second series of the popular sci-fi drama airs on BBC 2 from April 21.

The full Heroes soundtrack listing is: