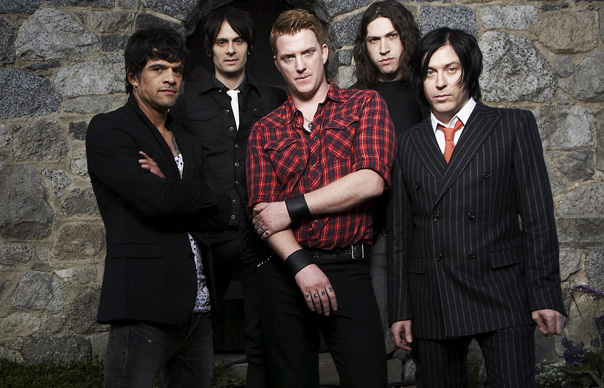 Eagles Of Death Metal frontman Jesse Hughes has said that the forthcoming new Queens Of The Stone Age album is “badass”.

Speaking to NME, Josh Homme’s Eagles Of Death Metal bandmate added that the material he’s heard from the follow-up to 2007’s Era Vulgaris is “really cool”.

Queens Of The Stone Age are currently working on their sixth studio album.

Last month the band took to their official Facebook page, at Facebook.com/QOTSA, and simply updated their status with the word “Recording”, receiving tens of thousands of ‘likes’ in minutes.

Hughes – who also records solo under the alias Boots Electric – told NME that “because Joshua Homme’s my best friend, I’m very fortunate in that I get to be privy to a lot of the cool shit that happens… [including] the writing process for the new Queens album.”