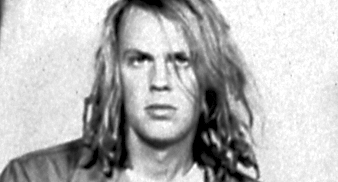 Jay Bennett, the brilliant multi-instrumentalist and key member of Wilco in the 1990s, has died aged 45.

Bennett died in his sleep at home in Illinois on Saturday night (May 23). Announcing his death, Bennett’s current label, the Undertow Music Collective, said, “Jay was a beautiful human being who will be missed.”

Bennett first came to prominence in the early ’90s as part of Titanic Love Affair. It was his role in Wilco, however, that propelled him to fame. Bennett joined the band in 1994, shortly after the release of their debut album, providing Jeff Tweedy with critical back-up on keyboards and guitar.

By 1996’s epic “Being There”, Bennett had assumed the position of Tweedy’s right-hand man, and his role would expand on 1998’s Mermaid Avenue album with Billy Bragg. Bennett encouraged Tweedy to embark on the project, though eventually fell out with Bragg.

1999’s “Summer Teeth” was the highpoint of Bennett’s contribution to the band, privileging his love of ornately-arranged power-pop. As the band began work on the follow-up, however, he and Tweedy fell out over the experimental direction Wilco seemed to be taking on “Yankee Hotel Foxtrot”.

The arguments were captured in gruelling detail in Sam Jones’ 2002 film “I Am Trying to Break Your Heart: A Film About Wilco”. After extensive battles over mixing with Jim O’Rourke, Bennett was sacked from Wilco in 2001.

Bennett pressed on with a solo career, releasing five of his own albums. He also produced Blues Traveler and lent his exceptional skills to records by Sheryl Crow and Billy Joe Shaver among others.

At the time of his death, Bennett had just filed a lawsuit against Tweedy,
claiming $50,000 (£33,160) for the albums he made with the group, plus royalties for I Am Trying to Break Your Heart.