The Manchester band back with first new LP in seven years 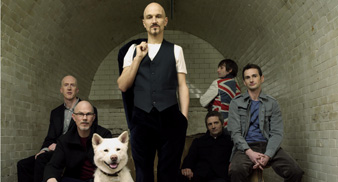 James have announced details of a brand new tour for 2008 starting in April.

The band have also revealed that they will release their first studio album since 2001’s ‘Pleased To Meet You’ on April 7, just before the UK dates start.

James who reformed earlier this year, after disbanding in 2001, will play tracks from their as-yet-untitled new album on the tour, as well as their hits such as ‘Sit Down’.

They are also due to play next Summer’s Isle of Wight Festival from June 13-15.

Tickets for the tour go on sale on Friday (December 14).

James will play the following venues: