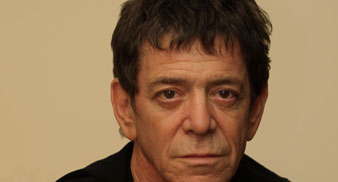 Metallica and Lou Reed have spoken about their collaboration album ‘Lulu’, which is set for release on October 31.

‘Lulu’ was originally set to be Reed‘s musical adaptation of German playwright Frank Wedekind‘s 1913 play about the life of an abused dancer, but has now become a joint project with Metallica.

The San Francisco metal titans have revealed that the original plan for the joint album was to re-record some of the former Velvet Underground man’s “lost jewels”, before Reed proposed they record music to ‘Lulu’ instead.

Speaking about the project, Metallica frontman James Hetfield said: “We were very interested in working with Lou. I had these giant question marks: ‘What’s it going to be like?’ ‘What’s going to happen?’ So it was great when he sent us the lyrics for the Lulu body of work. It was something we could sink our teeth into. I could take off my singer and lyricist hat and concentrate on the music part. These were very potent lyrics, with a soundscape behind them for atmosphere. Lars and I sat there with an acoustic and let this blank canvas take us where it needed to go. It was a great gift, to be asked to stamp Metallica on it. And that’s what we did.”

Reed himself said of the project: “We had to bring Lulu to life in a sophisticated way, using rock and the hardest power rock you could come up with would have to be Metallica. This is the best thing I ever did. And I did it with the best group I could possibly find. By definition, everybody involved was honest. This has come into the world pure. We pushed as far as we possibly could within the realms of reality.”

Four titles from the album have also been named, with ‘Pumping Blood’, ‘Little Dog’, ‘Mistress Dread’ and ‘Junior Dad’ all set to be part of the 10-track LP.