It's 'bluesier and heavier' than the band expected 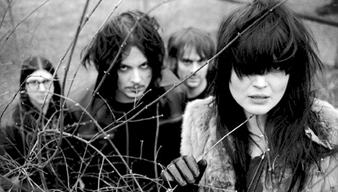 Jack White has announced that The Dead Weather‘s second studio album should be released this April.

Speaking to Triple J, White gave an update of the progress of the record.

“The Dead Weather are finishing recording the last couple of songs,” he said. “I’m going to start mixing in the next two weeks, so yeah it should be out in April.”

Talking about the sound of the album White said it was “bluesier and heavier than we ever thought we could be”.

White also mentioned that he would take over the vocals from singer Alison Mosshart for the album’s first single, ‘Blue Blood Blues’.

The new album comes just eight months after the release of their debut, ‘Horehound’.