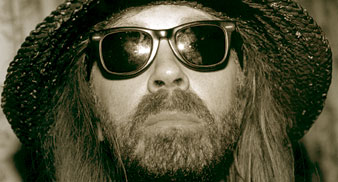 Julian Cope’s Jehovahkill is being re-released next month in a two-disc deluxe edition.

1992’s Jehovahkill, the follow-up to Peggy Suicide, was a mad scramble of pop bliss, krautrock and techno-dance. It was arguably Cope’s biggest critical success.

However, the self-styled arch drude was famously dropped from Island Records only one week after the album’s release, the label citing as justification that acclaim was not being matched by record sales.

Ironically, all this publicity helped Jehovahkill become a career turning point for the wilful, experimental rocker.

The deluxe edition features eight previously unreleased album sessions as well as a 22-minute version of the far-out ‘Poet Is Priest’.