Is This The Best YouTube Music Video In the World… Ever!? 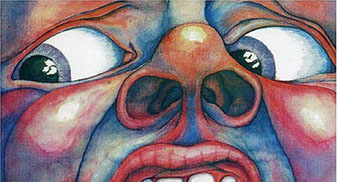 There’s a battle of the bands video proving to be a big hit, currently on YouTube.

Meanwhile, boob bullets are shot out by the models on Roxy Music’s “Country Life” cover.

The two-and-a-half-minute-long video clip ends with the ‘world’ being blown up by the grenade from Green Day’s “American Idiot” with everyone buried under the crosses in the cemetery on the cover of Metallica’s “Master of Puppets”.

Everyone from AC/DC to Iron Maiden’s Eddie character appear along the way.