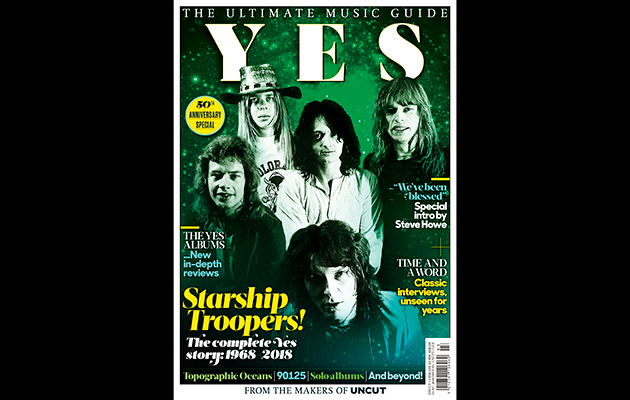 Among the many pleasures of BBC Four’s incisive Tones, Drones And Arpeggios: The Magic Of Minimalism programme over the weekend were interviews with pioneers La Monte Young and Terry Riley. Now in their 80s, these shamanistic heroes were both gloriously wise and articulate as they outlined their wild, conceptual visions. The involvement of Young, filmed in New York dressed in denim biker gear, was a coup for the programme’s presenter, Charles Hazelwood; apparently, the BBC has never broadcast Young before. But personally I thought Riley was the more winning presence. Interviewed at home, a remote log cabin some five miles outside San Francisco, Riley’s serene demeanour – energies centred, lots of smiles – a respite from the atonality of city living. “I do my ragas every morning,” Riley said, allowing Hazelwood’s crew to film him in a moment of spiritual intimacy.

If the guiding principle of minimalism is ‘less is more’, then I guess in prog terms more is more. This, of course, is just an excuse for a shameless segue into introducing our latest Ultimate Music Guide. Allow me – with a suitably portentous introductory passage – to unveil our special edition focussing on one of the world’s most successful rock bands: Yes.

The magazine is on sale from Thursday, but you can buy Yes: Ultimate Music Guide from our online store now now. Here’s John Robinson, who’s edited this UMG, to tell you more about it:

“As the band prepare to celebrate their 50th anniversary with a March UK tour (and another version of the band playing in the summer), this special 124 page prestige magazine will tell the full story of Yes. Featuring in-depth reviews of all of their albums, alongside a trove of archival features, this is the definitive chronicle of this multi-million selling, Hall Of Fame-honoured band.

“It will also feature a new bespoke introduction from Yes guitarist Steve Howe. Here’s a word from Steve:

“’We’ve been lucky to have had so many big buzzes. When we were coming up initially… when The Yes Album was fantastically well received in the UK… when Fragile was racing up the American charts… when Close To The Edge came out…selling out Madison Square Garden more often than Led Zeppelin.

“’We’ve had a lot of difficulties, a lot of sadness, a lot of arguments and a lot of lost money, but we’ve been blessed with a lot of great things in the heritage we’ve helped create. But none of them are any more important than the fact that the band carried on, that there was a determination, a love of the music and a commitment to that standard we created.