“Roll another number for the road…” It's the Neil motherlode! 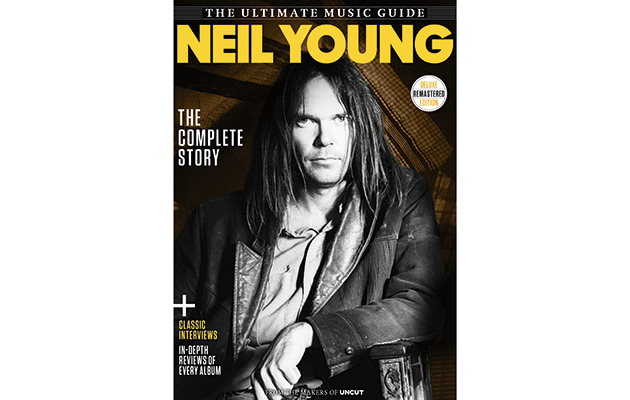 For even the most obsessive fan, it can sometimes be tough to keep up with Neil Young. At 71, he remains more restless, unpredictable and hyper-productive than any other artist of a comparable age and reputation. Since 2000, The Rolling Stones have released two new albums, while Bob Dylan has managed seven (eight, I guess, if you count Triplicate). Bruce Springsteen has also produced seven; Tom Waits, a mere four.

In that time, Young has come up with two autobiographies, eight personally curated archive releases, one imaginatively conceptual live album, five films, an environmentally friendly car and a new audio format, plus the small matter of 14 new studio albums. It’s an eccentric and gripping, if not always magnanimously received, body of work that tells the tale of an artist driven to spontaneous creation, whim, rough-hewn experiments and rapid emotional responses that pay little heed to the expectations of his paymasters and, sometimes, his fans.

These are themes that run through the 148 pages of our deluxe, updated Ultimate Music Guide to Neil Young, out on Thursday in the UK available to buy here now (along with a load of our other Ultimate Music Guides). For this comprehensive attempt to make sense of Young’s sprawling catalogue, we’ve found a host of interviews from the NME, Melody Maker and Uncut archives that show how, among many things, he’s been consistent in his contrary single-mindedness, his imperturbable desire to keep moving forward. “I’ve never liked it, when they shout out for the old songs immediately after you’ve finished a new one,” he complains to MM’s Ray Coleman in 1976. “Kinda deflating… To hell with the old ones!”

Our reviews of every one of his albums provide a similarly compelling narrative, finding significant echoes and hidden treasures on even his most misunderstood and neglected ’80s records, right up to 2016’s Earth and Peace Trail. “You can’t worry about what people think. I never do. I never did, really,” Young told Uncut in 2012. And here’s the proof: one of rock’s greatest runs, anatomised and celebrated in all its weird, ragged glory…