Our latest issue is on sale from Thursday, June 14 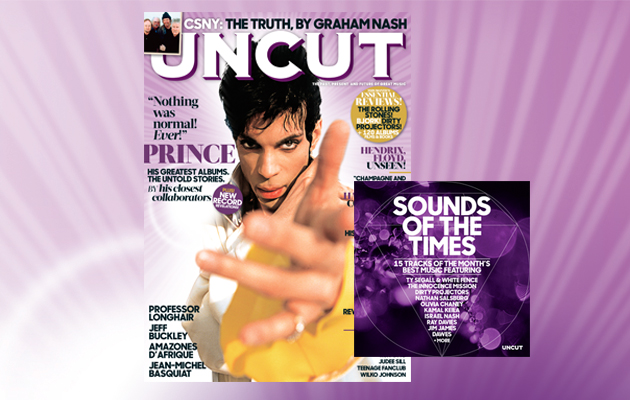 When we decided to put Prince on the cover of this issue, we envisaged a piece that celebrated 10 of his greatest albums, to coincide (roughly) with what would have been his 60th birthday. But as Graeme Thomson’s incredible work on the story progressed, the unexpected news reached us that there was a new Prince studio album coming. As we reveal, Piano & A Microphone 1983 offers a unique, intimate insight into Prince’s creative processes: it’s a genuinely thrilling artefact and we’re delighted to be able to preview it at length later in the issue alongside our survey of Prince’s finest records. Piano & A Microphone 1983 also offers a tantalizing glimpse into the depths of Prince’s mythic Vault. As Bobby Z, one of his oldest collaborators, tells us, “I met him in 1977 and he was writing at least two songs a day since then. Do the math…”

Prince is not the only artist in this issue of Uncut whose legacy has been posthumously enhanced. We also have an exclusive on Both Directions At Once – a previously unreleased album by none other than John Coltrane. John Lewis reveals a fascinating story about a visionary musician at a critical point in his career. Personally, I’m delighted that – 255 issues in – we’ve finally run a feature on Coltrane.

Elsewhere in the issue, we bid a welcome return to the Cowboy Junkies. Jason Anderson visits them in various locations around their native Toronto – including a trip with Michael Timmins to the Church of the Holy Trinity. Incidentally, the band’s new album, All That Reckoning, is among my records of the year so far. Rob Hughes also catches up with Graham Nash for a revelatory chat – including the current state of relations (or lack of) between the former members of CSNY. Tom Pinnock also goes on the road with Rolling Blackouts Coastal Fever – one of our favourite new bands.

If, perhaps foolishly, I wanted to locate a thread connecting Prince, Coltrane, Cowboy Junkies, Nash and Rolling Blackouts, I suppose it would be something about the immersive power of their music. From Prince’s deep forays into funk, R&B, psychedelia and rock to Coltrane’s questing spirit through to the quiet resilience of the Timmins siblings, Nash’s songwriterly pursuits and the Rolling Blackouts thrilling energies. It is, admittedly, a fairly tenuous correlation – and that’s before I’ve even tried to shoehorn in everything else in the issue. There’s new interviews with Hawkwind, Wilko Johnson, David Sylvian, Teenage Fanclub, Run DMC, Jennifer Warnes and much more. As ever, our 15 track CD highlights some of the best new music covered in our expansive reviews section.

I hope you enjoy. And, as ever, do let us know what you think of the issue. Write to us at uncut_feedback@ti-media.com.