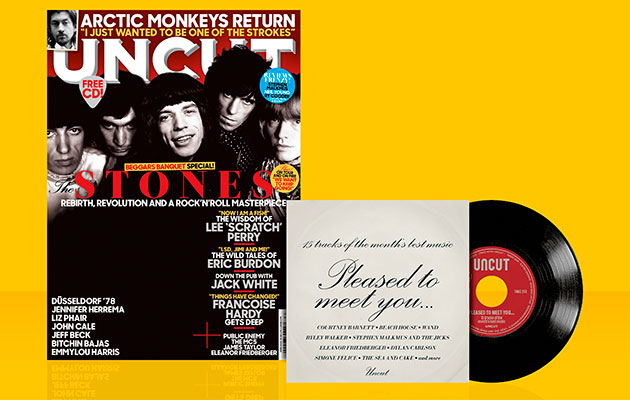 At the end of the new issue of Uncut, in My Life In Music, Jennifer Herrema from Royal Trux recalls the first time she saw the Rolling Stones in concert. “I fell in love with the Stones at a very early age,” she says. “What sealed the deal was my dad taking me to their Tattoo You concert when I was a kid. The Stones blew my mind. I cried because we couldn’t go back the next night.”

It is possible we all have a story to tell about the first time we saw the Stones. Mine was in summer 1990, at Wembley, on the European leg of the Urban Jungle Tour. More used to seeing bands on the north London indie circuit back then, the Stones’ use of giant inflatables and pyrotechnics came as something of a revelation. In May, the band begin the next leg of their No Filter tour – including their first UK shows since 2013 – so what better time to shine a light on a critical period in the Stones’ storied career?

This year marks the 50th anniversary of Beggars Banquet and Graeme Thomson talks to the band’s closest collaborators and confidants to get the definitive inside story of their first masterpiece. Graeme’s terrific piece depicts a band in transition, regrouping after the failure of Their Satanic Majesties Request and responding to the diminishing powers of their de facto founder, Brian Jones, before emerging at the year’s close a tougher, stronger and better band. “Remember,” cautions the band’s former manager Andrew Oldham, “what drags the mere man down only propels The Rolling Stones further.”

It’s a busy month for Graeme as he also caught up the Lee “Scratch” Perry in the basement of a club in Edinburgh for what can only be described as a colourful and wide-ranging chat. Meanwhile, Tom Pinnock travels to Paris for an audience with Françoise Hardy, Stephen Dalton outlines the startling musical events that transpired in Düsseldorf in the late 70s and Eric Burdon shares some wild tales about his peers, including John Lennon, Jimi Hendrix and Jim Morrison.

Burdon talks, too, with great wisdom and insight about the power of music as a force for positive change: “I believe in the spirit of the people. I believe in the power of the human voice.” It’s a sentiment shared elsewhere in the issue by James Taylor, who tells Sam Richards, “Music does help us. It’s food for the soul and a connection with the universe. I don’t think music will save the world, it’s just a beautiful part of it.”

Enjoy this issue of Uncut: in shops from Thursday, April 19.