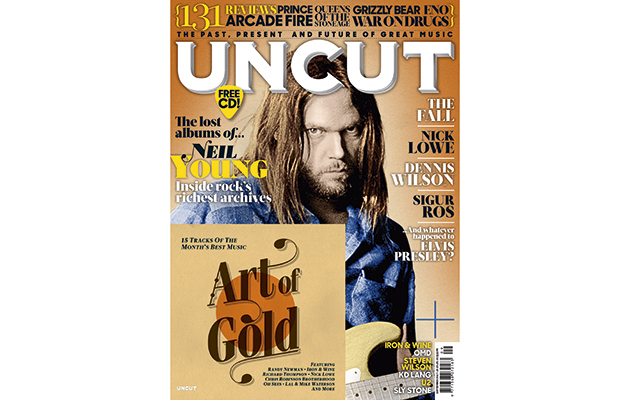 What’s left to hear? It’s now over 25 years since Bob Dylan and his manager ushered in the modern era of archive-digging with the first volumes of The Bootleg Series. After all that time, and all those deluxe expanded reissues, surely the record company cupboards must have been emptied of all their old tapes?

Mercifully, that doesn’t appear to be anything like the case. In this month’s new issue of Uncut, out on Thursday in the UK, we go looking for two of the most fabled repositories of unreleased music. One proves easy to access – at least partially – as Stephen Deusner reviews the deluxe edition of Purple Rain, and the first cache of lost songs from the presumably vast Prince archive. “For decades Prince’s vaults have been rock’n’roll’s very own El Dorado, a mythical place filled with untold treasures,” writes Stephen. “During his life he added to it every day but guarded the contents closely… It’s a bitter irony that it took his tragic death in April 2016 for that vault to be opened.”

The second is a trickier challenge. For this issue’s cover story, Tyler Wilcox has tried to work out what still languishes in Neil Young’s archives. Tyler’s research and interviews give a shape and substance to the sequence of legendary albums – including Chrome Dreams, Homegrown and Hitchhiker – that have been the subject of so much intense speculation for decades. As with Giles Martin discussing the Beatles’ “Carnival Of Light” in Uncut a couple of months back, it’s a tale full of revelation and promise: a reminder that the stories of our greatest heroes remain far from complete – perhaps even that of Elvis Presley, the subject of another deep and provocative piece in this issue.

Elsewhere this month, we have eventful meetings with Mark E Smith and Nick Lowe; discover the secrets of Sigur Ros, Iron & Wine and OMD; look back on the making of Dennis Wilson’s Pacific Ocean Blue; grapple with a bumper new albums month that includes releases from The War On Drugs, Grizzly Bear, Arcade Fire and Queens Of The Stone Age; and witness U2 and Kraftwerk live. Our CD features new music from Randy Newman, Richard Thompson, Susanne Sundfor, Katie Von Schleicher, the Chris Robinson Brotherhood, Oh Sees and a couple of big personal favourites, Psychic Temple and Chris Forsyth’s Solar Motel Band, plus a track from a truly great lost album, magically returned as our Archive pick of the month – Lal & Mike Waterson’s Bright Phoebus.

Finally, we hear of a particularly obsessive pursuit of Sly Stone. There’s another man whose vaults might hold the odd surprise or two…