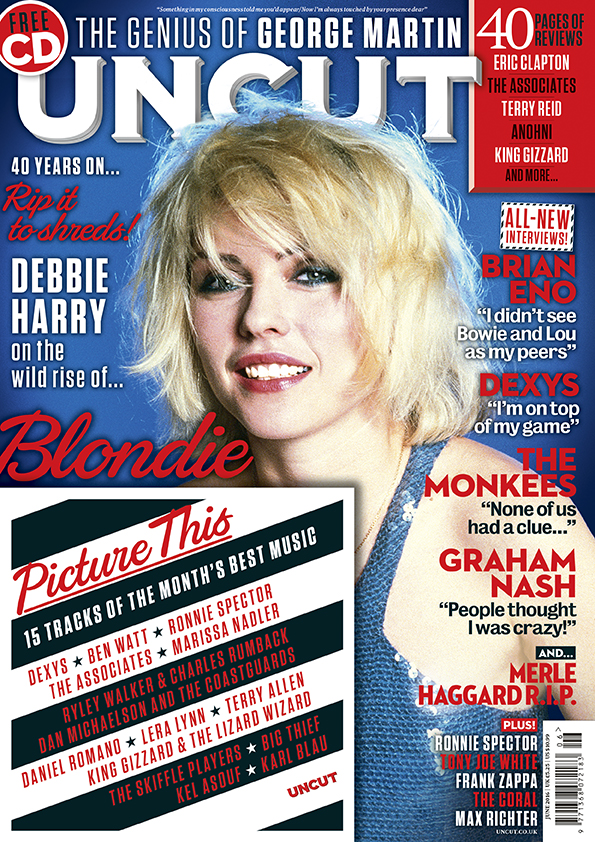 A couple of weeks ago, I was writing the editor’s letter to go in the new issue of Uncut, and pondered: “Do all years seem like this when you reach a certain age, or is the death toll of 2016 thus far just a terrible and weird anomaly?”

I’d been recalling the month’s losses of Merle Haggard, Tony Conrad, Phife Dawg, Keith Emerson, Dennis Davis and Steve Young, among too many others, and how I’d asked that question rather forlornly on Twitter. There followed some discussion about the way social media creates clusters of bereavement, as forums collect and amplify overlapping expressions of grief. But people also pointed out the size of the baby boomer generation, now beginning to enter their seventies, and the vast contribution they have made to the culture of the last half-century.

My letter went on to mention David Cavanagh’s magisterial and wide-ranging salute, in the new issue, to the genius of Sir George Martin – almost certainly the first Uncut feature to include both Jimmy Webb and Bernard Cribbins among its cast of interviewees – before concluding, with what now seems a reckless sense of optimism, “Let’s just hope the obituaries section won’t need to be so overstocked next month.”

So much for that. As I write, still trying to come to terms with the fact that Prince is no more, still processing the similarly distressing news about Lonnie Mack, Papa Wemba and, just this morning, Billy Paul, it currently feels like the grim work of 2016 is only just beginning. The aforementioned David Cavanagh has now embarked on what I’m sure will be the definitive Prince memorial for our next issue. But, in this strange time, we now have the aforementioned new issue, with Debbie Harry on the cover, to promote.

In a time dominated by obituaries, I hope this Uncut once again shows we’re assiduous in celebrating that baby boomer generation’s many heroes while they’re still alive, and framing their work as a critical part of a story that keeps on running, in spite of all the doomy prognostications about the fate of the music business.

This month, our quotient involves Blondie, discussing in compelling detail the seamy New York scene from which they emerged. There’s Brian Eno, back with one of his finest albums in years, and talking with unusual candour about fallen comrades David Bowie and Lou Reed. Ronnie Spector has a great Bowie story, too: “Standing there naked… He spoke so well and soft.”

Age and experience do not always bring a cessation of hostilities, of course. As Graham Nash picks through his career in our Album By Album feature, he takes time to point out to Tom Pinnock that “There won’t be any more CSNY, and there won’t be any CSN either. There’s no magic there anymore.”

What else? We have exclusives on the latest comebacks of Dexys and The Monkees; Tony Joe White on “Polk Salad Annie” (and Russian oligarchs); Anohni and The Associates; Alex “Bill And Ted” Winter on Frank Zappa; stuff from me on the Chris Robinson Brotherhood, Bonnie ‘Prince’ Billy with Bitchin Bajas, and that mammoth Grateful Dead tribute; plus a report from a Max Richter gig in Berlin where the audience was broadly encouraged to fall asleep for the duration of the show.

We’re on sale in the UK now. Please let me know, as ever, how we’re doing. I’m on Twitter @JohnRMulvey, and you can send letters for publication to us by emailing uncut_feedback@timeinc.com. Thanks!