Back, deluxe and updated, for the 40th anniversary of "Wuthering Heights"... 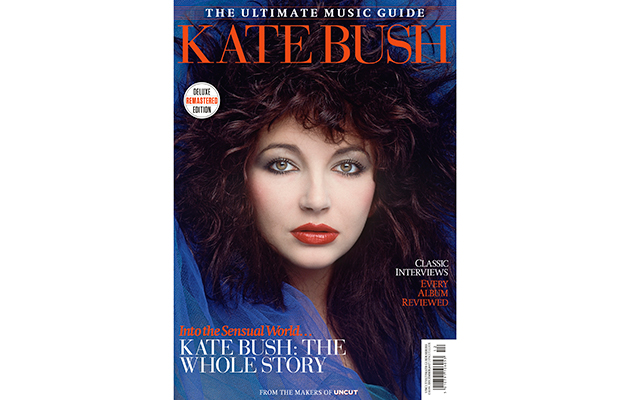 Forty years ago next month, a very weird debut single was released, against the better judgment of the record company, EMI. The executives were keen on “James And The Cold Gun” as the best way to launch their new prodigy. Kate Bush, though, had other ideas.

“I felt that to actually get your name anywhere, you’ve got to do something that is unusual,” she told Melody Maker’s Harry Doherty, “because there’s so much good music around and it’s all in a similar vein.” “Wuthering Heights”, by most measures, was not much like the other good music around in 1978. It was a world away from punk, though its antic, non-conformist spirit would gain the admiration of prime iconoclasts like John Lydon. It made sense to both prog and pop fans, but occupied a hitherto unexplored interzone somewhere between the two extremes. The effect was remarkable and, it seemed, not a little unhinged. Even in the volatile charts of the 1970s, success felt like a long shot.

And yet, of course, “Wuthering Heights” went to Number One, and Kate Bush immediately disproved those who believed that its ravishing eccentricities were the hallmarks of a one-hit wonder. Over 40 years, Bush’s music has become a cornerstone of the British canon: idiosyncratic, potent, proudly beyond fashion or expectation.

We celebrate these 40 years in a deluxe, updated version of our Ultimate Music Guide to Kate Bush, out in the UK on Thursday (but available now in our online shop). It’s the usual deal: forensic and revealing essays on every one of her albums contributed by Uncut’s finest writers, alongside a host of interviews we’ve taken from the archives of NME and Melody Maker. They show an artist who slowly gains the confidence to assert herself and – very slowly – gains the respect of the press. But also one whose idiosyncratic vision, and whose determination to bring that vision to fruition, has been there right from the start.

In the autumn of 1980, a rather excited Melody Maker journalist found himself in a Munich TV studio, watching Bush perform “Babushka” while she danced enthusiastically with a double bass. Like many male writers drawn into the presence of Bush at that time, there’s a certain vigour to his descriptions which doesn’t come across awfully well.

Nevertheless, once the show was over, the interview with Bush is fascinating. She talks about wanting to tour again, about the books and films that have influenced her, about the permeable lines between confession and fiction. “I rarely write purely personal songs from experience,” she says. “I worry about being too indulgent and giving too much away.” A little later, she is discussing the specifics of “Army Dreamers”, sung from the perspective of a mother mourning a son killed in action. “I seem to link on to mothers rather well,” she admits. “I find it fascinating about mothers, that there’s something in there, a kind of maternal passion which is there all the time, even when they’re talking about cheese sandwiches. Sometimes it can be very possessive, sometimes it’s very real.”

Even at her most elliptical, there is a clarity and consistency to Kate Bush which, looking back, seems a lot more obvious now than it might have done at the time. Latterly, for instance, the maternal fortitude implied in 1980 has become an explicit part of the most recent phase of her career, culminating in Before The Dawn – a theatrical spectacular inspired by her son Bertie McIntosh, and a showcase of his talents as a “very talented actor and beautiful singer,” as his mother wrote in her programme notes.

This, then, is the story of Kate Bush, a genius on her own remarkable trajectory. “There are always so many voices telling me what to do that you can’t listen to them,” she told another Melody Maker journalist in 1985. “All I ever do is listen to the little voices inside me. I don’t want to disappoint the little voices that have been so good to me…”