Our Bob Marley special is in the shops Thursday July 13 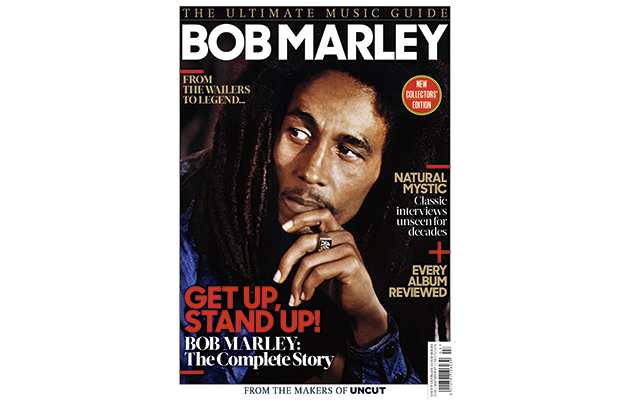 In the late summer of 1972, the Melody Maker’s Richard Williams took a revelatory trip around the record shops and studios of Kingston in the company of Chris Blackwell, from Island Records. Blackwell’s ambition was to find the rawest “real reggae” and expose the rest of the world to its potency, and the project involved visits to Joe Higgs, a Toots & The Maytals session, and the studio owned by a gun-toting figure known as Harry J. There, the pair found a popular local group little-known outside the island.

The group were called The Wailers, absorbed in the recording of “Slave Driver” for the album that would become Catch A Fire. Williams was impressed, and described the frontman Bob Marley as “the Jamaican genius”, as “a virtuoso, on a par with the very finest soul singers… If he could do nothing else he’d still become a singer of world stature.” Catch A Fire, he speculated, “ought to awaken everyone to the power of this island’s music.”

When Williams’ article first appeared in the Melody Maker, six months ahead of the album’s release, one imagines it was greeted by no little scepticism. What looked like hyperbole, however, was soon revealed to be uncanny prescience. Acclaim for Catch A Fire was soon followed by a string of righteous albums, epochal gigs, and even hit singles, which could encompass not only Marley’s uncompromising faith and politics, but also his universalist touch. Here was a rebel whose anthems transcended their cause; a fierce musical puritan whose songwriting genius brought him success far beyond the world of reggae. Not so much the first “third world superstar”, as he was frequently anointed, but a superstar for the ages, in any context.

The Uncut team have provided in-depth reviews of every one of Marley’s albums, creating an invaluable path through one of popular music’s most fiendish discographies. Alongside them, you’ll find vivid Marley interviews that we’ve uncovered in the NME and Melody Maker vaults: Richard Williams’ trailblazing first piece; gripping reportage from Kingston compounds, London exile and American tours; revealing insights into this most charismatic of musicians.

A legend, rooted in reality: here’s the definitive guide to understanding Bob Marley. “Must run home like mind,” he tells the Maker’s Ray Coleman in 1976. “Keep open.”