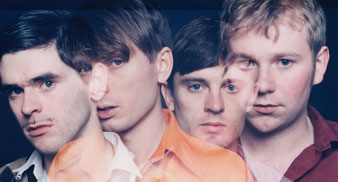 Arctic Monkeys, Franz Ferdinand, Kaiser Chiefs and Coldplay all get reworked in a Cuban style for a new album out next month.

The collaborative album, made with The Buena Vista Social Club, takes the original orchestration from songs such as Coldplay’s “Clocks” and Franz Ferdinand’s “Matinee,” and moulds them into their own unique Afro-Cuban sound.

Proceeds from the album will go to the Artists Project Earth group.
www.apeuk.org

“Rhythms Del Mundo Cuba” is released through Universal on November 13