Guitarist has been hospitalised, dates will be rescheduled. 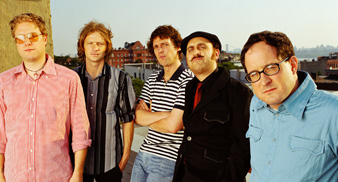 The Hold Steady have confirmed that illness is the reason behind postponing their UK tour which was due to begin in Oxford last night (September 29).

In brief press statement released today, it is revealed that guitarist Tad Kubler has been hospitalised with pancreatitis.

The statement also confirms that the band intend to play the gigs at a later date, and “are currently rescheduling the tour and hope to have the new dates fixed in shortly.”

The UK dates were as follows: