Latest odds put Ledger, Rourke and Slumdog in the lead 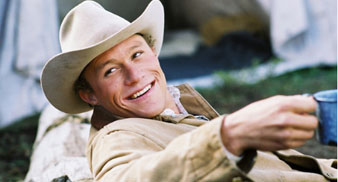 Latest odds provided by bookmakers Betfair have Heath Ledger as a certainty for Best Supporting Actor with odds at 1-25.

Current odds place Slumdog Millionaire as favourite for Best Picture at 1-6, Kate Winslet is favoured for Best Actress with odds at 2-5, and Mickey Rourke is narrowly ahead of nearest rival for Best Actor Sean Penn at 4-7.

Preparation for Sunday’s ceremony is already underway in LA. Host Hugh Jackman will be performing an opening song and dance routine with Beyonce, Mamma Mia’s Amanda Seyfried and High School Musical 3’s Zac Effron. Peter Gabriel had earlier pulled out of the ceremony after being told he would only be able to perform his Best Song nominee “Down to Earth” as part of a montage with other nominees from the category.

The current economic climate appears not to have impacted on organizers plans for gift giveaways. This year presenters and nominees are being offered watches worth between $8,000 and $18,000. Other gifts include a $10,000 holiday package and diamond facials.

In other Oscar news, a list naming the winners for this year’s awards supposedly signed by Academy present Sid Ganis that has circulated across the internet had been revealed to be fake. “The document is a complete fraud,” Academy spokeswoman Leslie Unger said. “PricewaterhouseCoopers is still counting the ballots and there are only two people there who will know the complete list of winners in advance of the envelopes being opened during the ceremony,” he added, “the Academy’s president is not advised of the winners in advance and no such list is created.”

The Oscars will be screened on Sky 1 from 11pm on Sunday February 22.