From forthcoming album Side Effects, out March 29 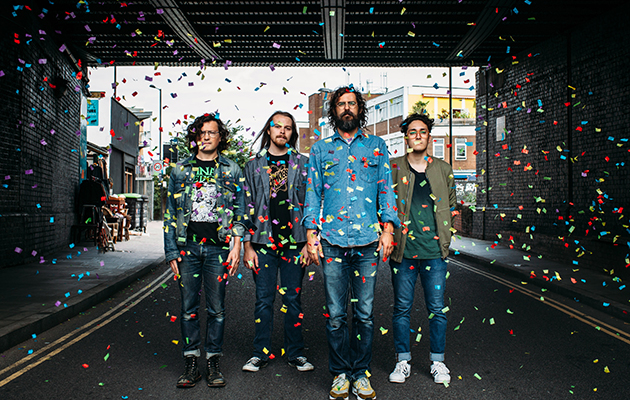 Hot on the heels of 2018’s Performance, White Denim have announced that their next album Side Effects will be released on March 29 by City Slang.

Hear two songs from it, “Shanalala” and “NY Money”, below:

White Denim’s James Petralli reveals that “NY Money” is a tribute of sorts to The War On Drugs. “The first line was originally ‘The drugs quit smoking, I don’t find it inspiring.’ which I had written in a notebook after a night of drinking with the War on Drugs guys,” he says. “They had all recently ‘quit’ cigarettes which made me suspect that they were really hanging around me so they could pinch cigs every couple of minutes. I went through two packs in three hours with them. The Neu influenced production and meandering feel of the back part of the tune is a winking homage to what they’ve been up to for the past few years.”

You can pre-order Side Effects here.