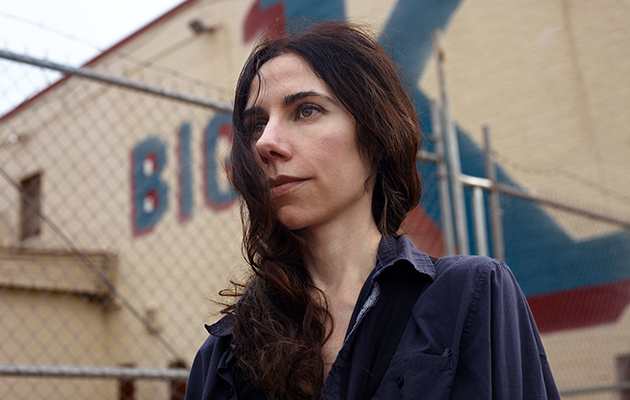 Yesterday’s edition of BBC Radio 4’s Behind The Scenes followed PJ Harvey as she composed and recorded a score for Ivo Van Hove’s stage adaptation of All About Eve.

The score includes two new PJ Harvey songs, sung in the play by actors Gillian Anderson and Lily James. Hear a clip of one, “The Moth”, below:

Says Harvey in the programme: “The play resonated with me immediately because Margo, the lead character, is an ageing actress who’s at that point where she’s feeling uncomfortable on stage. As a female performer I understand those feelings”.

Discussing her decision to take a break from the album/touring schedule to write the score, she says: “You also weigh it up with ‘OK, I’ve done this half my life, do I want to continue this way? Or do I maybe want to try something different?’… I think you can never lay hard lines down like that, I think you just have to go with the moment, and right now I have enormous pleasure writing scores for theatre”.

Listen to the whole episode of Radio 4’s Behind The Scenes: PJ Harvey on BBC Sounds here. All About Eve is currently showing at London’s Noël Coward theatre.