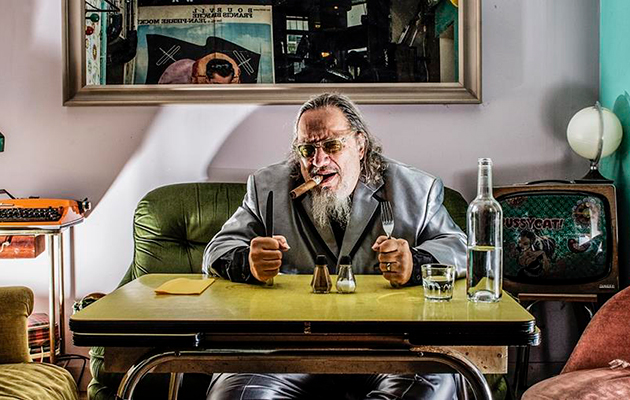 Larry ‘Ratso’ Sloman is a writer of journalism, books and lyrics who has collaborated with everyone from Bob Dylan (he was the Rolling Thunder Revue’s official scribe) to John Cale (he co-write “Dying On The Vine”) to Anthony Kiedis (he co-authored Kiedis’s memoir Scar Tissue).

Now, at the age of 70, Sloman is releasing his debut album Stubborn Heart, which features contributions from Nick Cave, Warren Ellis and Imani Coppola.

Hear the Nick Cave duet “Our Lady Of Light” below:

Stubborn Heart also includes Sloman’s versions of “Dying On The Vine” and Bob Dylan’s “Sad Eyed Lady Of The Lowlands”. The album will be released by Lucky Number on April 5.

“Maybe I can be the Jewish Susan Boyle,” says Sloman. “The oldest best new artist ever and if that doesn’t pan out, I can always perform on subway platforms. Hey, I can get in for half-price!”