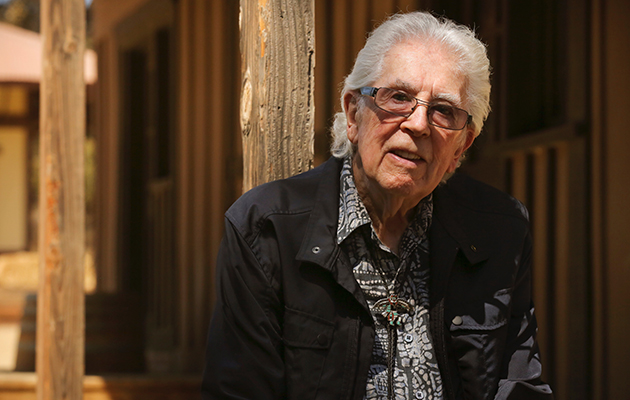 Veteran blues guitarist John Mayall will release a new album called Nobody Told Me through Forty Below Records on February 22.

Hear the latest track from it, a version of Little Milton’s “That’s What Love Will Make You Do” featuring Todd Rundgren, below:

“When I was 18, one of the greatest influences in my musical life was John Mayall’s Bluebreakers,” says Rundgren. “Some 50 years later, it is one of the most memorable experiences I’ve ever had as a guitarist – to be a Bluesbreaker, if only for a moment.”

Adds Mayall: “I’m really thrilled that Todd wanted to put his distinctive guitar licks on this song. It really kicks it into high gear, doesn’t it…”

Peruse the full tracklisting for Nobody Told Me below: