Hawkwind Members Get Together For Tribute Concert 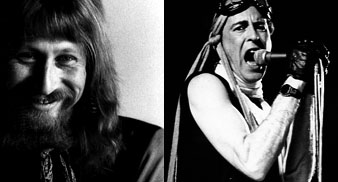 Robert Calvert was best known for his part in co-writing Hawkwind’s biggest hit ‘Silver Machine’, which reached no.3 on the UK’s singles chart in 1972.

For more information about the tribute concert, and the fan convention which takes place the same day from 3pm, click here for: www.nikturner.com