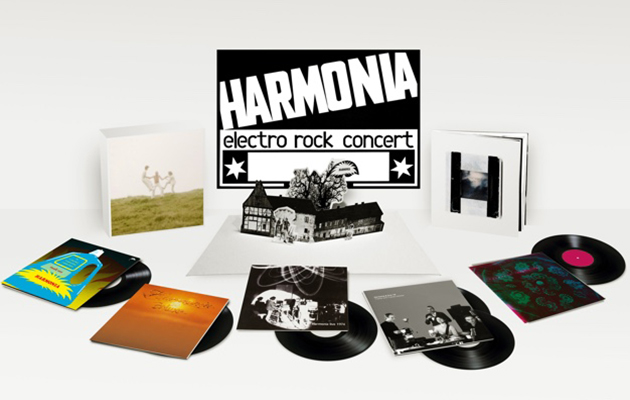 The set covers Harmonia’s lifspan, from 1973 to 1976. Harmonia comprised Dieter Moebius and Hans-Joachim Roedelius of Cluster, and Michael Rother of NEU!. They were later joined by Brian Eno.

News of this release comes after the death of Dieter Moebius on July 21.

The box set consists of:

And in addition to the four Harmonia albums there will be a fifth vinyl: Documents 1975, featuring previously unreleased recordings from Hamburg gigs and 2 studio tracks from Forst.